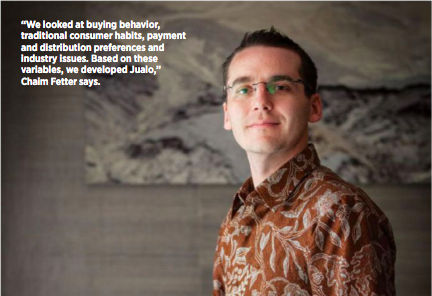 A life experience can be inspiration for a business. So it was for Chaim Fetter, 33, a Dutch with Indonesian blood, who has been living in Indonesia for a decade. Chaim established a second-hand goods online store: Jualo, inspired by his childhood passion, in January 2014. In his childhood, Chaim lived with his single-parent mother, in Soest, a small town north of Utrecht, the Netherlands. Together with his mother, little Chaim often collected and resold second-hand clothing and various trinkets in the market.

“We looked at buying behavior, traditional consumer habits, payment and distribution preferences and industry issues. Based on these variables, we developed jualo,” — Chaim Fetter

Now, through e-commerce, his Jualo is doing the same on a much larger scale through the Internet. “I am already familiar with e-commerce from 17 years ago. I’ve also traded many things through Internet,” he says. Although less than a year old, it is a promising business. According to the latest monthly figures, transactions on the site totalled $10 million in 5,000 deals since its founding, an average of $2,000 per transaction. The user base has hit 150,000.

The high average is due to the site selling some high-ticket items such as cars, houses and land, alongside more modest items such as clothes and electronics. For example, a recent post had a Honda Jazz for sale for Rp 150 million next to a TV antenna for sale for Rp 75,000. In the property section, there are even Bali condos for sale for as much as Rp 775 million. Chaim says he is interested in doing business in Indonesia because of the large potential market. “Last year we decided to enter the market and develop a hybrid eclassifieds marketplace model that is specifically tailored towards serving the Indonesian consumer.

We looked at buying behavior, traditional consumer habits, payment and distribution preferences and industry issues. Based on these variables, we developed Jualo,” he says. Different from other online stores, Jualo has adopted a business model that emphasizes the interests of buyers. For example, to avoid any fraudulent practices, it provides Geo Search, a feature that allows buyers to track their products to the specific regions. This feature is also useful for e-commerce that uses cash on delivery.

Buyers and sellers can also engage in barter, swapping items with each By renjani PusPo sari other rather than paying cash. Buyers and sellers can also negotiate via private chat boxes. “There is always a risk of online fraud in trading via Internet. Many people maybe offer goods, but once the money has been transferred, the promised goods were never delivered. Therefore, we must pay attention to the buyers to ensure a trust. By knowing what buyers want, what difficulties they maybe encounter during transactions and so on,” says Chaim. Chaim founded his company with four friends with a total capital of about $100,000. Although Jualo is located in Jakarta, some staff work remotely from the Netherlands. “Indonesian buyers want trade-ins.

They want to buy a better item but do not need to buy a new one,” he says. Jualo’s current revenues are derived from Google Adsense, premium ads, fixed banner displays and revenue share from consumer financing. Other revenue generating features will be added once bigger scale is reached.

Chaim, who married to an Indonesian, came to Indonesia when he was 22. Bored with his life in Europe, he and his friends chose to backpack through Southeast Asia until he visited Lombok and found the social problems here: many children did not go to school and worked on the streets. Touched by their fate, Chaim founded the Yayasan Peduli Anak (Child Care Foundation) with a help from 7,000 donors since 2005.

He bought 1.5 hectares of land, about 40 miles from Mataram, and established three dormitories and schools that can accommodate about 400 street-children. “They wanted to go back to school, but no one took any responsibility,” he says. Currently, the Foundation has 60 staff.

Jualo donates about 5% of its net profit for Peduli Anak. Chaim says, every month, the foundation spends about Rp 100 million for operational costs, and it all comes from donations. An advertisement for the foundation features prominently on the home page of Jualo. 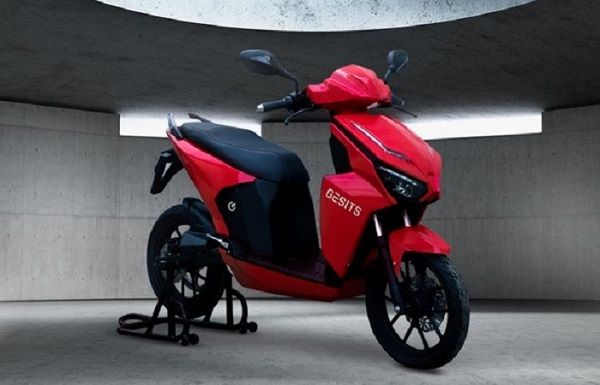 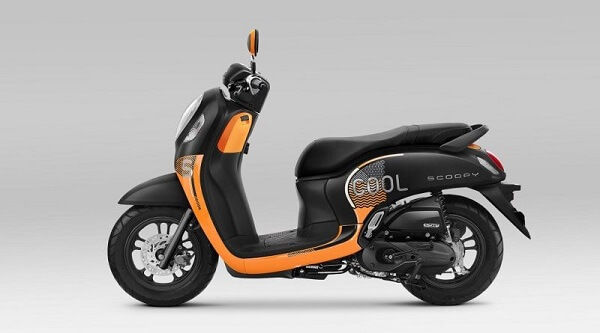 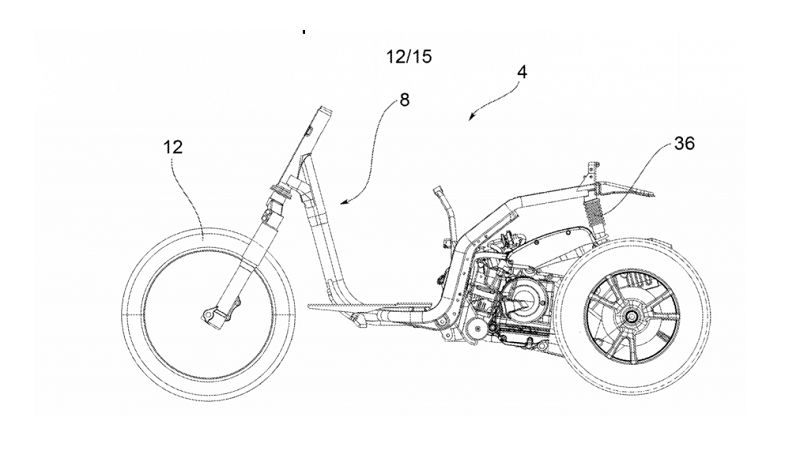