I love to reference the book Crossing the Chasm by Geoffrey Moore. In a nutshell, the “chasm” is an awkward gap in which tech companies often find themselves during early stages of growth. This gap is a phase in which firms have already captured an early user base, but now must fight to retain those early adopters and try to champion a mainstream majority of users. Folks in Jakarta’s tech circles will likely talk about “explosive, hockey stick growth” when the time comes for startups cross the chasm. Others might use terms like “growing 10x.”

Whichever way you choose to characterize the stage, the chasm is dangerous because startups face a daunting challenge of not moving past their early evangelists. If they can’t move into new audience segments, they stagnate. This may require a drastic pivot, or worse, the startup will have to close down.

Everyone in Jakarta is always on the lookout for the next startup to shower with seed capital, but it seems fewer VCs are thinking about those startups approaching mid-stage and later rounds. There are several players in Indonesia that have already raised capital and are grinding it out — working hard to cross the chasm.

These startups show promise today, and if they’re still growing in Indonesia over the next couple of years, they’ll be the candidates looking for nine-digit investments. In no particular order, here are 10 startups in Indonesia mid- and later stage investors should keep an eye on.

aCommerce is a prime example of a firm that may be on its way to a nine-digit investment over the next couple of years. Arguably, the firm is already the go-to name for ecommerce logistics and fulfillment in Indonesia. It has definitely partnered up with some of the right names in Jakarta — Lippo Group, MatahariMall, Sinar Mas, and others. aCommerce also set a record for Indonesia’s largest series A funding round, at US$10.7 million, last year.

Group CEO Paul Srivorakul says aCommerce is gearing up for its series B round which he believes will be close to US$30 million. The firm is originally from Thailand, but Srivorakul tells Tech in Asia that Indonesia recently became aCommerce’s largest regional operation.

Grocery delivery app HappyFresh broke aCommerce’s record in September 2015, however, when it announced a US$12 million series A round from a group of investors led by Vertex Ventures and Sinar Mas Digital Ventures.

HappyFresh is basically the Instacart for Southeast Asia. It adopts an asset-light model for grocery delivery, meaning it doesn’t have a warehouse or fulfillment center, but instead employs grocery pickers to hang out in supermarkets and do your shopping for you. Groceries are then delivered to the user’s doorstep. The Jakarta and Kuala Lumpur-based firm recently rolled out in Bangkok, with Taipei coming soon.

YesBoss is Indonesia’s SMS-based personal assistant startup that recently bagged seed funding from 500 Startups, Convergence Ventures, and IMJ Investment Partners. Busy and lazy people alike are suckers for this startup because they like the idea of having a butler to handle all their mundane tasks. Back in March, US-based Magic — the Western equivalent of YesBoss — reportedly raised US$12 million from Sequoia Capital at a US$40 million valuation.

YesBoss is a good example of a startup that’s on the precipice of the chasm. It very quickly won the hearts of early adopters, but many challenges lay ahead. They are facing scalability issues (which the team says a natural language processor AI may help with), competition from Ryan Gondokusumo’s HaloDiana, and the overarching question of whether an unproven business model like this can really take hold of a mainstream user base. If done right, YesBoss could become a legend. However, at this early stage, a misstep could also spell disaster.

eFishery is a tech solution for commercial aquaculture operations. It’s a smart feeder that, when placed in a pond, can sense the appetite of a population of fish and disperse food accordingly. As an Internet of Things startup for fish and shrimp farming, eFishery claims to be addressing one of the largest challenges in commercial fish farming. According to the firm, fish feeding traditionally eats up between 50 and 80 percent of all overhead costs in the business.

The firm recently bagged a pre-series A funding round from Aqua­-Spark, a Netherlands-based aquaculture investment fund, and Indonesian venture capital firm Ideosource. eFishery is another brand new concept that has yet to be proven in the mass market. However, as the startup has few competitors in Southeast Asia, it seems likely that eFishery can carve out regional defensibility for itself. Co-founder and CEO Gibran Chuzaefah Amsi El Farizy says his startup is attacking a multi-billion dollar global market. eFishery is one to keep an eye on.

The story of Jualo is the tale of a hard-working classifieds site making good in Indonesia. It competes head-on with the dominant OLX Indonesia, and is still in a relatively early stage. That said, Jualo has done well, with traffic increasing steadily to more than two million visits last month, and a seed investment from Mountain Kejora and Alpha JWC Ventures.

Jualo founder and CEO Chaim Fetter is a hustler, too. Fetter claims the site has signed up hundreds of thousands of users and facilitated more than US$100 million in transactions in the few months prior to investment. Fetter has been building ecommerce products since he was a kid back in Holland.

Today, however, he’s committed to Indonesia, as he also runs the Peduli Anak Foundation in East Indonesia. The non-profit organization runs a project near Mataram, which provides shelter, healthcare, and educational facilities to underprivileged children. Jualo is currently on a tightrope somewhere in the middle of the chasm. It will be interesting to see if it can punch through to the other side.

Fabelio most definitely has our attention. Founded by local entrepreneur Christian Sutardi — with previous affiliations at Monk’s Hill Ventures and Rocket Internet — Fabelio is going after the archipelago’s furniture ecommerce market.

500 Startups and other investors swooped in last July to stuff seed funding between Sutardi’s sofa cushions. The firm is going up against East Ventures-backed competitor Livaza, among others. Livaza recently had a change in leadership, however, as the board of directors replaced founder and CEO William Budiharsono with Eddy Ng, a fresh face in Jakarta’s tech startup scene. Locals seem biased toward Fabelio, however, and it seems the startup’s traffic is growing more healthily.

Regardless, furniture ecommerce in the archipelago is still anyone’s game. The market in Indonesia seems like a real juicy playground to be on, as a growing middle-class means more Indonesians are shopping for items like desks and dining tables. Retail research agency Conlumino projects that the Indonesian furniture market will reach US$5.5 billion by 2018. Mid- and later stage investors would do well to bookmark Fabelio.

Indonesia’s Muslim fashion estore HijUp seems to be pulling ahead of the pack in its respective niche. In 2015, it raked in two separate seed rounds, one of which was north of US$1 million. HijUp carries more than 200 Islamic fashion brands, and claims it will soon take its service to the global Muslim fashion market. It competes with brands like Hijabenkaand Saqina.

Islamic fashion is projected to make up 11.2 percent of global fashion spending in three years’ time, according to a recent report from Thompson Reuters and the Dubai Chamber of Commerce and Industry, with spending set to hit US$322 billion by 2018. In recent years, Muslims spent US$224 billion on fashion. Investors, you want a big opportunity from Indonesia? There you go.

Kudo is one of the most interesting opportunties for online-to-offline ecommerce in Indonesia. In the beginning, the startup made machines and placed them in malls and other public places. People could approach the machine and use the touch screen to make ecommerce purchases while out and about. The goal was to introduce ecommerce to folks in Indonesia who’ve never tried it before. Today, the startup is taking a more human approach, however, by employing real-life agents with tablets to help instruct first-time users.

Kudo has a slew of investors in Indonesia, including a handful of VCs and Emtek Group, one of the nation’s largest media firms. Indonesia’s ecommerce sector is one of the hottest topics in Southeast Asia. But in order for it to reach its full potential, startups will need to educate and convert potential users outside (and even inside) the capital. Kudo is perhaps ideally positioned to bring a majority of Indonesian shoppers online. But can it execute?

Zeemi.tv is one of those startups that effectively plays on the social idiosyncracy of the Indonesian market. The site is a family-friendly live-streaming entertainment startup, where anyone can become a performer online, receive digital gifts for their talent, and redeem those gifts for real-life cash. Founder and CEO Tom Damek is the former CEO of Lazada Indonesia, which gives him brownie points in terms of knowing the local market. Japanese DeNA’s venture arm recently led a US$1 million seed round for Zeemi.

The startup’s traffic went above two million monthly visits in recent months. While its local competitor is the Baidu-backed CliponYu, with sexy video DJs and surging traffic of more than 26 million monthly visits (which may or may not be generated by bots), Zeemi is the business that’s built to last. While CliponYu clearly targets lonely boys with computers, Zeemi has potential to capture a mass majority of Indonesian viewers if done right.

Bridestory is a startup that recognizes the marriage market is recession proof. People in Asia will always tie the knot, regardless of economic conditions. This may be one reason why Rocket Internet deviated from its in-house company builder mentality and led a mid-seven figure series A funding round on the wedding vendor marketplace back in March.

Since then, Bridestory has grown, and even partnered with Singapore’s MediaCorp for a Southeast Asia expansion. Last month, the startup clocked 410,000 visits. It also claims to have more than 10,000 vendors on its platform.

Do you think any of these firms can capture a mass market in Southeast Asia? What other startups should be added to this list? 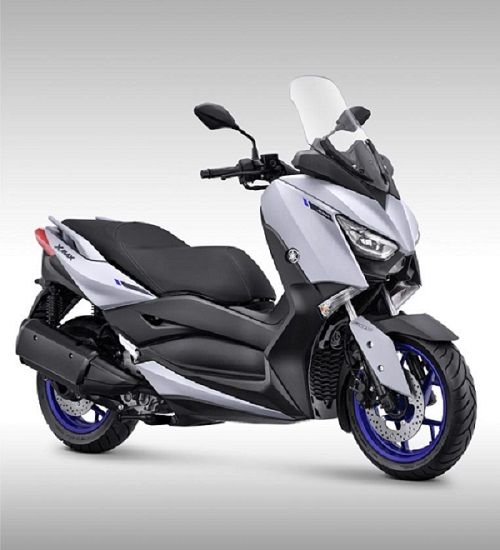 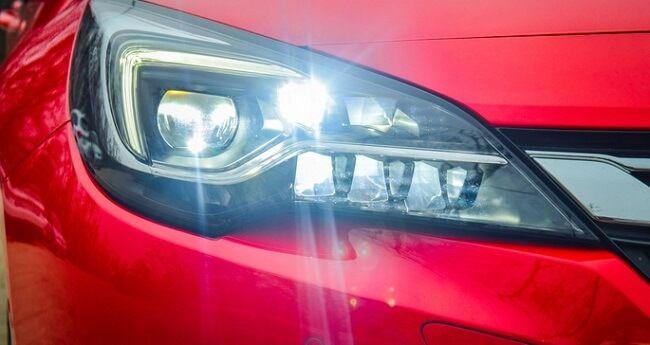 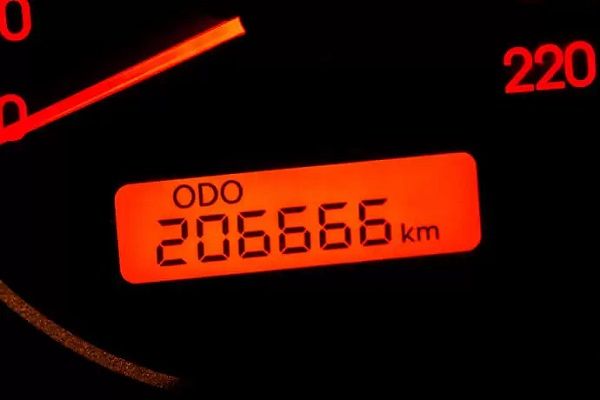