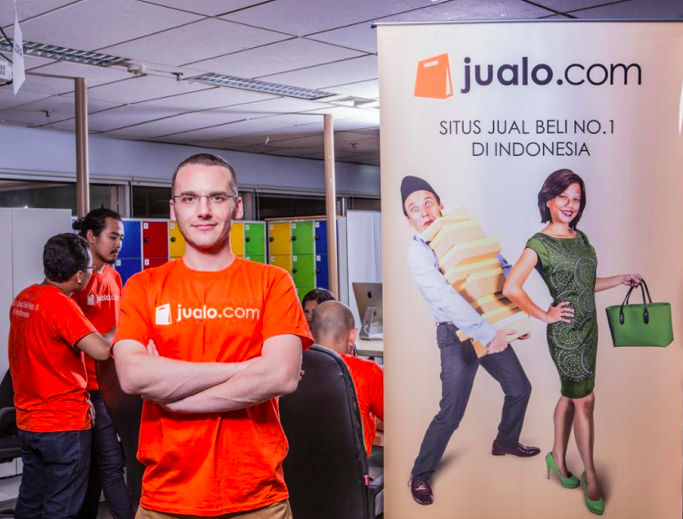 As part of the Indonesian government’s economic reform agenda, President Joko Widodo travels to the U.S. on Oct 25 seeking much-needed foreign investment. He is scheduled to meet Google to discuss improving wireless Internet access to remote regions by using smart balloons, and Facebook and Microsoft to establish education centres to help make the country a regional tech hub.

On the ground in Indonesia, local Internet and tech startups have been steadily attracting investments in the last two years. These include: Ecommerce marketplace Tokopedia bagged $100 million from Japan’s SoftBank and American VC investor Sequoia Capital in Oct 2014 (Indonesia’s biggest so far), the country’s largest modest fashion e-commerce site HijUP received an undisclosed seed funding in Feb this year from a pool of global investors including 500 Startups, Fenox Venture Capital, and Skystar Capital, and meal delivery service Berry Kitchen raised $1.25 million in Series A funding led by Sovereign’s Capital with participation from Japan’s East Ventures. In April this year online marketplace startup Jualo secured seed funding from local VC firms Mountain Kejora Ventures and Alpha JWC Ventures. Rising incomes and increasing access to technology has been boosting Indonesia’s online marketplace and e-commerce industry. Singapore’s mail, logistics and e-commerce company SingPost estimates that by 2016 Indonesia will have 8.7 million local shoppers online spending $4.49 billion from about approximately $3 billion now. Launched in January 2014, Jualo competes with more established and much bigger online marketplaces such as Tokopedia, Kaskus and the giant OLX, and has pushed forward to grow. in September this year it reported over $30 million in transactions.

Chaim Fetter: Jualo is a hybrid model between a traditional e-classifieds platform and a marketplace. Specifically tailored towards serving the Indonesian consumer, Jualo offers users the ability to buy and sell second hand goods and offers the functionality of a marketplace: examples are geosearch, cashless payment, delivery, consumer credit, and the option to exchange and pawn your goods. The majority of functionality is already implemented.

Salaam Gateway: How much has Jualo changed and grown since its earliest startup days until now?

Chaim Fetter: Jualo has hit off from the start — without any significant spending on marketing, the business grew organically to almost 300,000 signed-up users, 3 million monthly visitors and over $ 30,000,000 in traded goods per month.

Salaam Gateway: How much in seed funding did Jualo receive from Mountain Kejora and Alpha JWC Ventures? How are you spending the money?

Chaim Fetter: Initially the founding team funded the business together — $150,000 of personal savings were injected into Jualo.

Mountain Kejora and Alpha JWC Ventures saw this as a positive sign and decided to inject further seed funds. We decided not to disclose the amount of seed funding in order to keep competition in the dark regarding our marketing budget. This will enable us to deliver unexpected punches, required to defeat Goliath (OLX) over the coming years.

Salaam Gateway: Businesses in your sector, specifically OLX (and the platform it merged with, Berniaga, both backed by foreign investors with deep pockets and a global reach) and Kaskus are household brands in Indonesia. How do you compete with giants like OLX and Kaskus and how much room for growth is there for smaller businesses like Jualo?

Chaim Fetter: The merger between OLX and Berniaga has been positive for Jualo. Besides the post-merger integration issues and availability of redundant talent, many former OLX and Berniaga users did hop over to Jualo.

A ‘fresh new player’ which offers simplicity and offers an e-classifieds platform with the functionality of a marketplace are attracting factors. Besides that, our guerrilla (David versus Goliath) marketing approach, entrepreneurial mindset (operate frugal, focus on revenue, work hard and scream our mission from the rooftops) and deep understanding of the Indonesian consumer are additional factors which provide Jualo a strong shot at success.

Last but not least, internet penetration as well as the usage of online marketplaces is still in its infancy in Indonesia — therefore organic growth opportunities (without having to ‘conquer’ users from competitors) are significant. By listening to the user (we interview fifty to a hundred users in person each quarter) and adapting to their demands, we are creating the product Jualo together — a product that Indonesians can really enjoy to use.

Salaam Gateway: How would you describe Indonesia’s digital/online business landscape? What are its opportunities in the near- and mid-term?

Chaim Fetter: Looking through the entrepreneurial lens, Indonesia is a vibrant country full of opportunity which has just started to prepare for a boom online. Having said this, we learned from building earlier ventures that Indonesia requires a boots-on-the-battlefield approach in combination with a strong focus on the Indonesian consumer. ‘Taking’ a concept from the U.S. or Europe and ‘pasting it’ into Indonesia often does not work. Indonesians have a strong affection with local businesses and local brands, which take their preferences into account.

The real opportunities can be found in second and third tier cities. Rapid urbanisation in combination with high mobile phone and fast internet penetration offer a fertile breeding ground for new players like Jualo.

Chaim Fetter: I believe finding local talent is the biggest challenge at this moment in Indonesia. The country does not have many entrepreneurs (only 1.7% of the population consists of entrepreneurs, versus e.g. 7% in Singapore) — therefore finding people with significant experience in managing (or being part of) a startup is challenging. Indonesia is a quite liquid country in the sense that capital is widely available. Having said this, new ventures often require capital in combination with knowledge or experience transfer. In this field, Indonesia is still behind since the startup ecosystem and is not as developed yet as it is in countries like the U.S., for example.

Salaam Gateway: There’s that cliché that Indonesia is Asia’s ‘sleeping giant’. From where Jualo is standing, how has the economic and business climate shifted under the new government led by President Joko Widodo and what do you see as the biggest changes that will really push Indonesia’s digital economy forward in the next five years?

Chaim Fetter: Although macro economic data (e.g. depreciating rupiah, the increasing current account deficit and so on) indicates otherwise, Indonesia is still considered a long-term growth story from our perspective. Looking at the past as a prediction for the future, Indonesia does not move fast and changes will be gradual. The government is willing to grow; however many processes, procedures and laws will need to be implemented in order to achieve an optimal business climate for startup businesses. The biggest challenges are sometimes the nationalistic view on the economy, which leads to the closing off of certain sectors e.g. the online industry. Since Indonesia requires foreign talent and knowledge transfer in order to keep up in the tech field, this is worrisome.

Salaam Gateway: For those interested in Indonesia’s digital economy, what would you tell them they’d need the most to succeed?

Chaim Fetter: Besides passion and obsession (which is required for every startup), you will require strong country presence and a deep understanding of local culture, habits and consumer behaviour in order to succeed in Indonesia. It is not an easy country to manoeuvre from a business and personal perspective, and managing (we have seen this happening a lot with startup businesses) a business from Singapore, for example, is not the key to success. Be here, integrate well, build a strong local network of support and have a passion for Indonesia and Indonesians……..and you will go far! 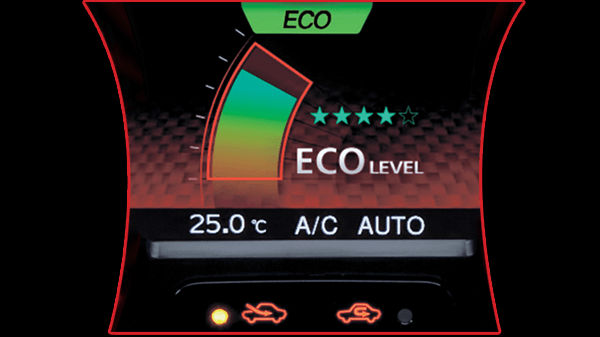 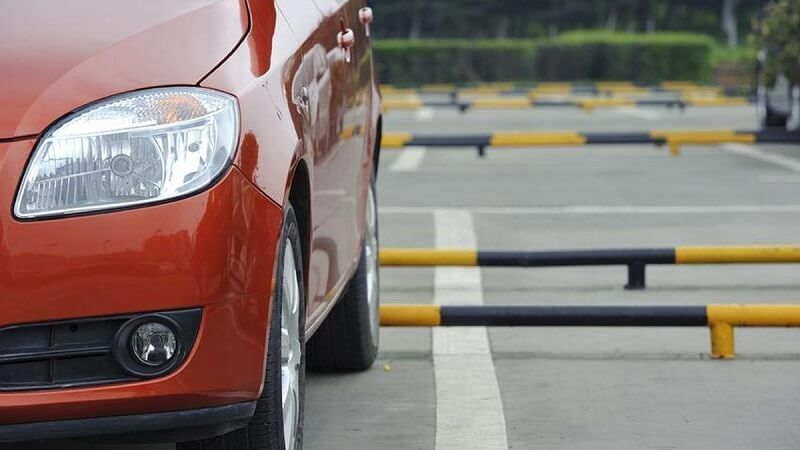 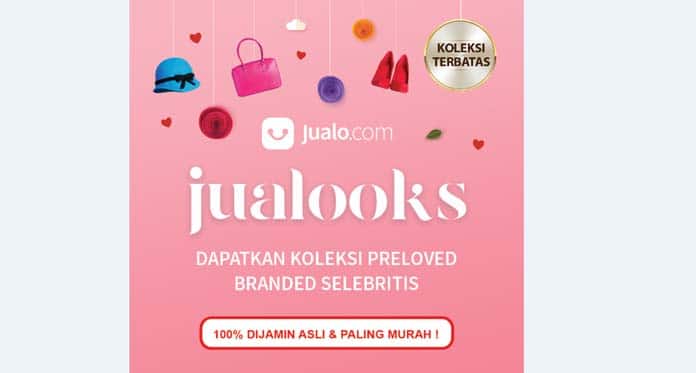